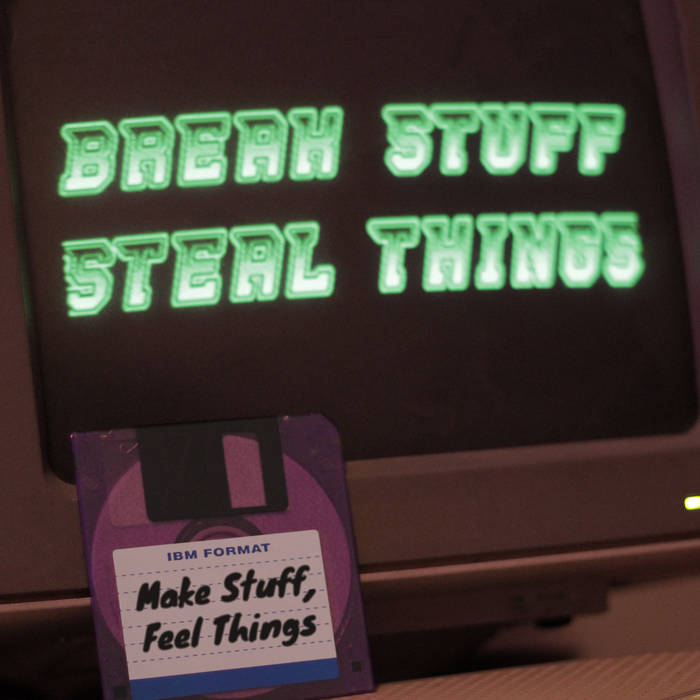 Here it is: the first Break Stuff Steal Things album! It's a good five or six years behind schedule, but it finally has its shoes tied and is out the door (regardless of what the rest of its outfit looks like).

Most of the album was made in college and hasn't changed much, though some parts have been re-recorded or otherwise tweaked over the years. Other songs are new or revamped; "Whatever" and "Jetstreams" are both completely post-college, while "Anthem of Justice" was recorded in 2011, shelved, then given a completely new set of lyrics by bassist Qbit in 2015.

Nothing on here is perfect (which is why the album has been continuously held back), but among the imperfections there are also plenty of small victories - satisfying solos; hidden homages; certain sounds that came out almost exactly as imagined.

So, it's high time to call it done, breathe out and move on. There's a second album to get working on, after all!

Bandcamp Daily  your guide to the world of Bandcamp

Featured sounds from Fly Lo and Ahmed Idris, plus Mother Nature hops on to drop off new project